Sometimes books appear and you know right away you want to read them. Nikki Gemmell is already a very well-known writer, with a lively career as a magazine journalist as well as ten plus full-length books, the best known being her first, The Bride Stripped Bare. I have to confess it is the only one I have read. I’m not quite sure why.  Her books seem to fall between a few stools: genre fiction, literary fiction, self-help, essay. 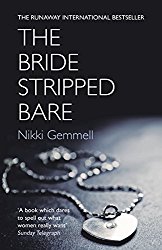 But her new book, After,  is definitely in my territory. Memoir, true story, traumatic experience, mothers and daughters. I’ve already written my own version, about the death of my mother and my ex-husband within three weeks of each other back in 2008. I wrote it not long after but haven’t been able to bring myself to go back and edit it, let alone publish it. But it is on my list and should be finished by mid-year. I don’t think it will be much like Nikki’s book. 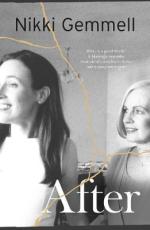 Nikki’s mother chose to die; mine didn’t. My mother never intended to die, ever, and the stupid accident which killed her could easily have been avoided. She was 93; she might conceivably even be alive today if she hadn’t lost her dentures. But that is my story, this is about Nikki’s, sort of, but not really, because I haven’t read it.

Tomorrow we are going to hear her talk about her book at a “meet the author” event in Katoomba, courtesy of the wonderful Gleebooks in Blackheath and Varuna Writer’s Centre. I have been looking forward to it. It’s so much better when you have read the book being discussed. So I did what I always do, and looked for it in a Kindle version from Amazon.  Yes, it was there, so that was good, until I looked at the price. $14.99.  In hardcover it’s $22.50. There doesn’t seem to be a paperback. What? Yes, it’s Harper Collins’ strategy to get you to buy the hardcover, or at least to stop you buying the e-book. Who would pay $15, even if it’s a great book and you really want to read it? And who is getting the lion’s share of the inflated e-book price? You can bet it’s not Nikki. No, for those who do pay for the e-book, Harper Collins will get the major part of it, even though their production cost for putting it up on Amazon as an e-book is probably near zero, since all the editing was done for the print version, the marketing costs cover both, and tweaking an already existing cover design for Kindle is so easy a kindergarten child could do it these days.

Sorry, Nikki, but I guess I won’t be reading your book for quite a while. I can put my name down for it at the local library, or maybe I will find some friend who has bought the hardcover. But I will not buy any more hardcover (or print) books unless they absolutely cannot be obtained any other way and I really really need them. And although I’m sure your book will be great, I just won’t support greedy publishers who expect readers to cough up absurdly high prices just to keep their existing legacy business model going. Just a reminder: when you “buy” an e-book you don’t really “buy” it in the traditional sense. It isn’t yours. The company who release it can remove it at any time. You can’t lend it to anybody else. You can’t give it away as a present. You are just hiring it. A price above $10.00 is wholly unjustifiable.